A few words about our studio

Alan moved to Cotopaxi, Co., in 1971 and set up a pottery studio. The first studio was a primitive set up with alternative sources of energy used for living as well as working. The first two kilns were salt and wood kilns with a kick wheel and not much else. Developing a style of his own, Alan started formulating shiny glazes of blues and bright colors, which have remained his trademark.

After eleven years he moved his studio to downtown Salida, and started his first retail store. Still doing retail shows and renaissance fairs, Alan also sold to stores throughout the USA. In late 1980 the emphasis of the pottery became dinnerware place settings which are the strongest selling items (about four hundred sets of dinnerware a year). Each functional piece of pottery is dishwasher/microwave/oven safe and lead-free.

In 1996 the pottery moved once again; this time to Villa Grove on Highway 285. The store in Villa Grove has been the best location so far. The highway brings many diverse tourists to the pottery in the summer and fall.

Alan and his wife and partner Diane, also offer Casa Azul’s Guest House & Pottery Retreat where one can stop for overnight or several days, and also try their hand at making a piece of pottery.

We aim to create lifelong customers by selling the best products at the best prices as well as offering a pottery retreat in a friendly, fun atmosphere. We are constantly adding new products and new lines of products with extra features, so come back. 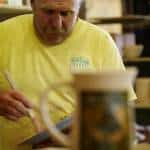 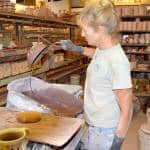 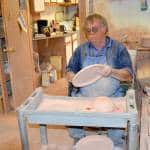 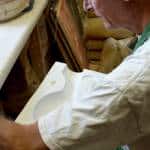 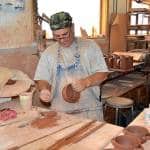 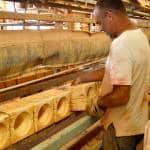 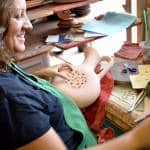 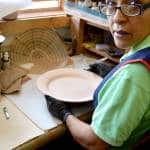 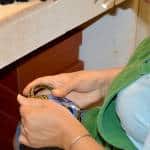 High quality at a reasonable price are the cornerstone of our vision, business idea and concept.

Playing in the studio runs $75 a night, which includes a day of working in clay, bisc firing overnight and a final firing the next day.

We have a huge selection of pottery products and dishware to meet any taste and budget.

I received my beautiful canister set today and I love it! The artistry is wonderful, the glaze pattern beautiful & they are so functional. I will definitely be buying more from this site !Kathleen N

Hi! I just received my order and everything is wonderful. Fantastic packing job, too. I will be ordering more as soon as I can. Thank you so much!Jane